You are here: Home / The 25 Club Timeline / 1940: The Club Expands Fund-Raising Efforts 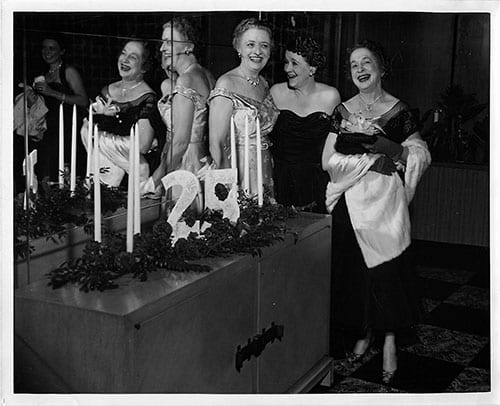 A certain prestige was associated with The Club and consequently a long waiting list of interested women was formed. Lillian Reese realized these eager women could become potential donors and The Club decided to expand its fund-raising efforts. The first major benefit was a grand ball held at the Pittsburgh Field Club on May 4, 1940. The cost was $6.00 a couple - hoping to raise$600. They raised $1,001.00. These dinner and dancing ‘balls’ would become a tradition.