Worldwide impact of The 25 Club’s efforts in Fetal Research 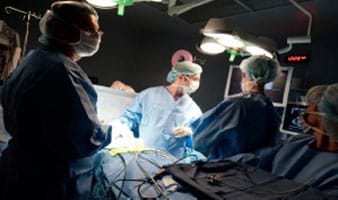 “The generous contribution of the 25 Club to the fetal therapy program at Magee has had, and will continue to have, an international impact, changing the practice of medicine on a global scale, to effect better pregnancy outcomes.

In 2009 the 25 Club donated $330,000 to the fetal therapy program to begin its treatment initiative for twin-twin transfusion syndrome (TTTS). Besides having a positive impact on the local population, my experience in the treatment of the disease inspired me to conduct a multinational, multicenter, multidisciplinary study on the management of early stage disease, an area of great controversy within the field.

This study was conducted through the North American Fetal Therapy Network (NAFTNet) and was recently published in a major medical journal. It clearly demonstrated that early treatment produced better pregnancy outcomes than expectant management.

The work was presented at the 36th International Fetal Medicine and Surgery Society (IFMSS) meeting in August of 2016 to a global audience of fetal therapy physicians, who will use the results of my study to change their practice locally upon their return. The 25 Club’s generosity, therefore, has had a direct impact on the care of pregnant women on a global scale. For this, I am forever grateful." 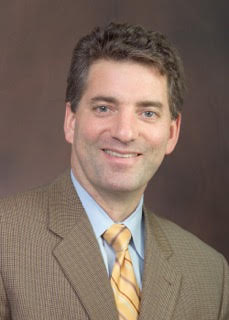 Stephen Emery, MD, a specialist in maternal-fetal medicine and director of the Fetal Diagnosis and Treatment Center at Magee-Womens Hospital of UPMC, joined Magee in 2006. Because of his expertise and leadership in fetal intervention, Magee is one of a few hospitals nationwide that offers very specialized fetal care, like in utero cardiac surgery and in utero blood transfusions.

Previous support from The Twenty-Five Club has allowed Dr. Emery to offer in-the-womb laser surgery for twin-to-twin transfusion syndrome which occurs when blood is transferred disproportionately from one fetus to the other in an identical twin pregnancy. Magee is only one of 15 hospitals in the United States to offer such services.The Twenty-Five Club's 2011 pledge enables Magee to begin a program for in utero repair of fetal spina bifida (myelomeningocele). Recent research has shown that prenatal surgery significantly reduced the need to divert, or shunt, fluid away from the brain; improved mental development and motor function; and increased the likelihood that a child will walk unassisted.